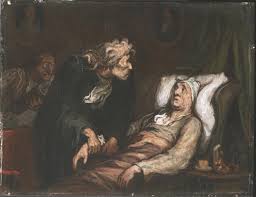 Health Anxiety, also called Hypocondria or illness anxiety, is a distressful condition where the person is constantly and excessively worried and anxious about having a serious illness.

The patient regularly undertakes several invasive examinations, hoping to find a confirmation to his worries; by the way, a negative result will not reassure him and other doctors will be consulted. On the contrary, a total avoidance of medical checks, caused by the intense fear of being ill, can be as well present.

Many times it happens that these patients are invalidated by doctors and specialists who tend to minimise their problems; but health anxiety is a real and distressful condition that can bring severe suffering and limitations in the person’s life.

The vicious cycles of hypochondria

One of Hypochondria’s maintaining factors is the vicious cycle created by the stable and erroneous interpretation of somatic signals.

Attention is indeed selectively focused on body signals, making the person become more sensitive to normal physical variations; the person is then prone to systematically interpret those signals as a proof of illness.

As a consequence, this interpretation activates the physiological mechanisms underlying anxiety, that are as well interpreted in a catastrophic way, worsening the overall situation.

Furthermore, a selective attention is payed only for informations that are congruent to their “illness theory”, while contradictory information are not considered at all.

One of the consequences of these intense worries is usually a severe avoidance of objets, people, places or behaviours that could cause anxiety (es. physical efforts); the person finds his freedom extensively limited.

Another possible consequence is control: the person tries to gain control of the worries by repetitively checking his body signals, by getting information about the symptoms of the possible diseases or by asking for reassurance from doctors, friends or family.

Cognitive Behavioural Therapy can help you in breaking the vicious cycle aforementioned and in reducing the severity and intensity of the worries, increasing your life quality.