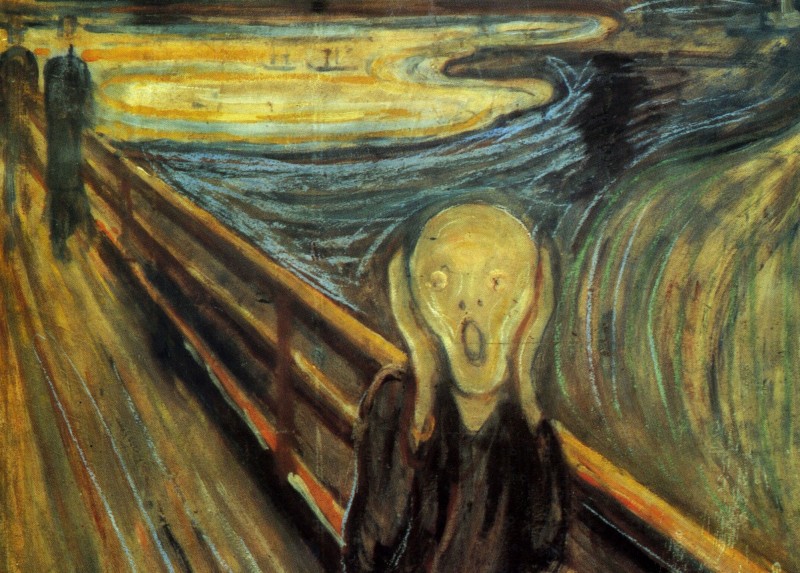 The first panic attack is hard to forget

Symptoms of a panic attack

Suddenly your heart beats fast, like a drum; it’s difficult to breath and you have air hunger. Your stomach hurts, like if someone punched it. Your head is spinning, the world around you or your body seem suddenly unreal, weird.

You feel an intense fear or anxiety, that is increasingly worsening moment by moment. You are worried about going crazy, losing control or that something really bad could happen, maybe you are even afraid that you could die and you feel the sudden impulse to go out, breath new air.

After about ten minutes, everything goes back to normal. But worries about what has just happened still remain: did I have a heart attack? Am I getting crazy? Will this happen again?

What is a panic attack

If you have experienced something similar, probably you have had a panic attack.

Panic attack is an intense anxiety episode, that reaches its peak in around 10 minutes and then it goes back to normal.

Panic attack is accompanied by intense physical symptoms, as described above, that are suddenly and unexpectedly experienced, and that cause great distress, fear and worry about the chance of a second attack.

Having a panic attack is such an intense and fearful experience that it’s almost impossible to forget the first one.

Experiencing a few panic attacks during our lifetime is normal. Many times they are just symptoms of living stressful periods and they naturally disappear after a while.

Usually, in the six months before the first panic attack we have experienced an event that has represented what we call an “invalidation”  of our beliefs. In other words, we had an experience that undermined what we strongly believed.
It’s not always easy to identify it but try to think about this: when you had your first panic attack, did something happen in the months before? Probably if you reflect about it, your answer will be “yes”.

As written above, experiencing a few panic attack is normal but when they become recurrent, distressful and they bring you to organise your own life in order to prevent them, thus avoiding all the possible triggers, then it’s important not to underestimate the problem and seek for psychotherapy and counselling to get your freedom back.

Suffering from unexpected and recurrent panic attacks, accompanied by strong worries (lasting at least for one month) about their recurrence and adopting behavioural changes, are the key symptoms of Panic Attack Disorder.

Panic Attack Disorder can also be accompanied by Agoraphobia, that is an intense distress/anxiety  experienced when the person is in a crowded or open or not familiar place and where, if in distress, seeking help could be difficult.